There is a global consensus that there should be no impunity for genocide, crimes against humanity and war crimes. Investigation and prosecution of such crimes fall primarily under the responsibility of States. In order to successfully prosecute these crimes in domestic courts, effective cooperation among States is essential.

Practioners and legal experts from countries across five continents have concluded that the current international procedural legal framework for mutual legal assistance and extradition for the most serious international crimes is incomplete and outdated. This seriously hampers the ability of States to cooperate effectively in the fight against impunity. That is why Argentina, Belgium, Mongolia, the Netherlands, Senegal, and Slovenia propose to set up a modern procedural multilateral treaty on mutual legal assistance and extradition which would facilitate better practical cooperation between States investigating and prosecuting these crimes, the MLA initiative.

In order to become a supporting State for the MLA initiative, States need to have signed an official Note verbale (docx) voicing their support for the Permanent Declaration (pdf). The Permanent Declaration is not a binding legal instrument, but rather a way for States to express their support for the objective of States to open negotiations on a procedural multilateral treaty on mutual legal assistance and extradition to cover the existing gap in the international legal framework for core international crimes.

Sending a digital copy of the Note verbale to MLA-initiative@minjenv.nl will ensure a swift response.

On this webpage delegations and other interested parties will be able to access the most recent versions of the relevant documents concerning the MLA initiative and find information on upcoming meetings. 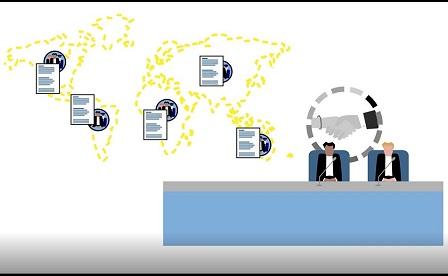